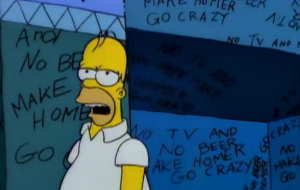 (about) Five months have passed since my last post and now I’m back again to tell you a story I’ve gone through: this one particularly tells of Excel VBA invoking Outlook passing through multiple instances of EXCEL32*.

During the last two years I massively used Excel, PowerPoint and Outlook empowered by VBA during my daylife job: Excel VBA is really good when it comes to play with business data & market analytics or when you need to automate repetitive and time-consuming tasks. Outlook is the client that perfectly integrates to the MS Office suite and to the authentication platform in use.

Everything was going smoothly with Workbooks, Sheets, Pivot tables, VBA macros, OLAP queries and so on until the day it was decided to use Excel VBA to automate some reporting to the Managers by

Well,  even if it could sound extremely insane -imho it definitely is- apparently good reasons exists.

I started writing down some ideas, focusing on

This approach –even if awful– properly works when you run your macro one shot avoiding at the same time any kind of interaction during the execution but, what happens when you need to run multiple instances of VBA Macros simultaneously?

The problem is not Excel by itself, of course but, abusing the clipboard and the SendKeys API could lead to a huge number of problems that will impact your work and your reputation after all.

It came that I could have mitigated those kind of errors by handling things at a lower level, i.e.

You know, actually it’s never fault of a computer but, the intrinsic weakness of VBA erupted loudly.

after the installation of a few system updates and passing from IE8 to Internet Explorer 10 things have gone even worse: outlook new message don’t get the right focus causing Ctrl+V to paste somewhere else, iexplore process brings old sessions back to life -thus multiple tabs- when invoked by the macro.

I miss something very usefull inside VBA:

At the very end of this story we managed to make things work properly by running those macros and those processes with computers with a well-defined environement and specific versions of each application involved. o/